Sometimes she goes to bed exhausted and not always happy. Yet she plans to awake the next day with fresh eyes and invigorated spirits.

Sometimes she hears her alarm but dozes through it. Amongst rushed routines and constant cues her heart races. Quick and fast to mirror her steps.

Sometimes she warms up her car before driving into her day. A car she loves but won’t stop falling apart. This car is merely materialistic metal, and yet so much more to her. It represents tough times and difficult days and hard work to attain something owned.

Sometimes she toys with the idea of buying a new vehicle. But the urge quickly subsides. Because guilt weighs heavy on her shoulders.

Sometimes she keeps such a tidy residence visitors could eat from the floor. Other times it’s disorganized and clouds the clarity she clings to.

Sometimes she feels depressed. Beneath blankets is where her body bundles. Like a cave to escape, but where eventually  she is found.

Sometimes she embraces trial and tumbles toward that iridescently lit tunnel. Where peace and tranquility must harbor. She wouldn’t know though…there hasn’t been a surplus of such throughout her years.

Sometimes she prays, steadfast and deep, to an entity unknown, which offers solace all the same. She prays for strength. Guidance. Answers.

Sometimes she would like to skip the excuses and hear a simple, “Okay”. Rather than a relentless story of who and what and when and where and why. And how.

Sometimes she would love to hear a glorious “Thank You” for all she’s done and for all she’ll ever do. But sometimes all she hears is the dropping of her tears.

Sometimes she wants to be held. For a long time. Within supportive arms, without words. Because sometimes touch is enough and words don’t sound like much.

Sometimes she gets mad. Downright angry, damn it! She feels underappreciated, unaccounted. When she would prefer to feel anything else.

Sometimes she gets sad. Sobbingly sad. Since it’s hard to pretend with lack of acknowledgement.

Sometimes she remembers monumental moments, those which shape who she is. There was laughter and promise and exuberance. And love. She has to reminisce because the past no longer exists.

Sometimes she’s happy. Wearing a smile and pleased by the blessings she often fails to count. She smiles harder, an effort to make those minutes matter.

Sometimes she feels attractive, pretty reflections of her inner soul outwardly shining. They disintegrate almost immediately. She is frequently overlooked. For greener grass.

Sometimes she wants to escape. To pack a bag and drive away. She won’t. Can’t. She loves her kids. Her family and friends. In retrospect, they comprise her backbone and without them she could not stand at all.

Sometimes she wishes to stop hearing what everyone else thinks she needs to do. Walk a mile in her footsteps. Then decide if her stress is unwarranted.

Sometimes she wants to quit. She can’t. Won’t. Because she’s never been a quitter.

Shared from my 2012 BlogSpot page to showcase past writings.

In my real world I come from ridicule and rudeness. From trial to triumph. From doubt to discovery. From deviance to defiance. From exasperation to excellence. From points where I wondered how I’d reach the next. Then getting there. And sometimes willfully opting to leave.

In my real world I come from music; harmonizing voices and melodious instruments. Where eyes couldn’t do the job as well as ears. To shows and audiences, yet rarely in the spotlight. However I cling to what’s unfinished on my “Bucket List”.

In my real world I come from mistakes and knowledge. Where the pain of staying outweighs the fear of leaving. Thus learning becomes a key point toward fulfillment.

In my real world I come from realizing the difference between a want and a need. In comprehending value at a young age. No one cares as we can for ourselves. I’m grateful for such colossal insight…especially in an era where children are often catered and coddled.

In my real world I come from addictions, beat and buried. I come from skeletons and demons I no longer slave to. I come from prospective and clarity. And so much faith.

In my real world I come from hard work with little appreciation. I come from tricks and trades…coupled with dreams and motivations… 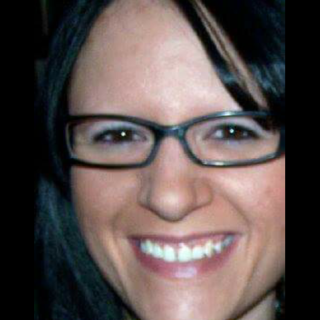